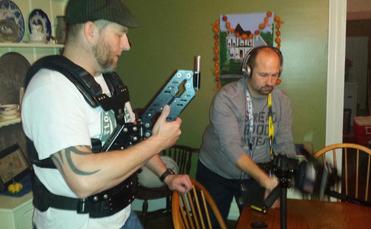 The Sitter was a big step forward for us, compared to The Left Behind with no dialogue and a cast of friends. This time we wanted to branch out in scope and in process. So we had a lot of auditions, where as before we knew going in we were having friends 'in the biz' for the cast. I wanted to go with a completely new cast I had never worked with before. The cast was set, and we had a last minute drop. So quickly turned to our resident master thespian, Isabella Cottrell to play Abigail. I have worked with Isabella on several projects and knew she would have no problem of handling one the films bigger roles last minute. But I think we lucked out with the whole cast, Samantha, Laurie and Ken were all fantastic.

There are certainly things I would do differently, but cast and their performance wouldn't be one of them. Camera work again was an issue. Pulling focus was particularly troubling. There a few spots we wanted intentionally blurry. But with so much dialogue, we had to have slate this time. I was positioning slate too close to the camera so was missing some pulls.  A follow focus would have come in handy. The next troubling part was the Quiet Lady rising up in the bed. It looked amazing in our test shots, I'm still not sure why we couldn't get it the same in the film, perhaps it was something as simple as the way the sheets were positioned. There was a lighting issues when we went to barn. The hanging scene was the biggest issue we had. We quickly realized the way we wanted to shoot it was not gonna happen, the safety harness limited us. So it thru all our shots off. We had to rethink it all quickly. We still got it done, thanks to Lincoln and Samantha for braving some tricky ladder work to hang in the harness. They were really hanging but it didn't have the impact of body hanging in the middle of the barn we had envisioned. There was also some transitional shots that needed some work, from Abigail pushing Shelby to her falling into the noose. We tried to do a few reshoots but they were unsuccessful.  The biggest thing I learned was I need to slow the pace down and check shots. I try as hard as I can to be very mindful of everyones time. I don't want people who are volunteering to be sitting around waiting all day..but I need to check and double check shots, to make sure we got it as we need it. Lessoned learned.

What I did like, the performances were great. Sound was good thanks to Tony on boom, and another amazing job from our Editor Stephen Osciak at SecondCup Productions. Next would be make-up, Lincoln is never satisfied with it, but I thought it was great. I loved the mirror shot at the beginning and Lincoln came up with the shadowy hand shot which worked great. Again our prep work paid off a lot, and other than the barn snafu we were doing great. In the end it was another great experience, I want to thank everyone who worked on it and everyone for watching it and supporting us.  As always I welcome your comments, critiques, criticisms and suggestions. .......Sean 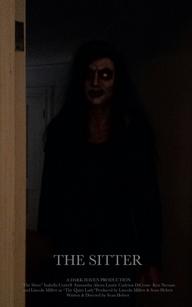 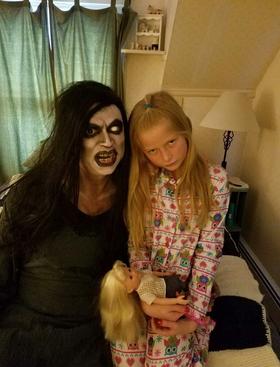 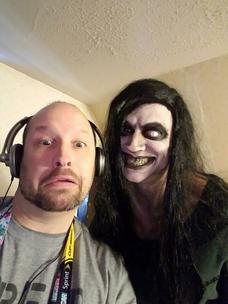 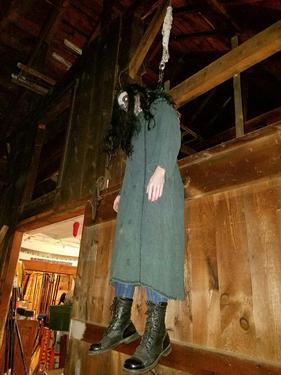