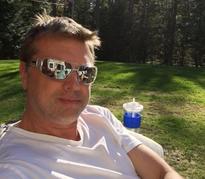 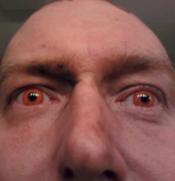 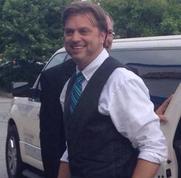 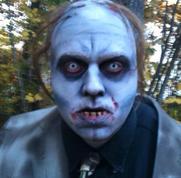 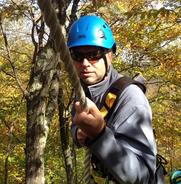 My fascination with the magic of movies came early on thanks to my dad. The Wizard of Oz is probably the first movie I remember seeing on out black and white TV that held me in amazement. Once we got a color television and a VCR, my dad would allow me to watch horror movies with him and I was hooked big time. I enjoy man different genres but horror, Sci-Fi and fantasy are my favorites. One of the best gifts my parents got me was a camcorder. I would grab family and friends to make silly little videos of whatever we could think of. I dreamt of one day being part of a horror movie and forward thirty plus years, I got the opportunity. A local Maine film company was making a Zombie/Comedy movie; How to Kill a Zombie. I ended up being key grip and playing 'Zombie Zero' on this project which has rekindled my desire for creating film. I learned so much and have since worked on several other local projects. My great friend Sean has also recently been involved with local independent films and I was thrilled when he asked me to be involved with this production company. Looking forward to our first short and many more to follow.

I have worked with Freight Train Films, Killatainment & PSR Images:

How To Kill A Zombie (Full length feature)

The Left Behind (Short Film)

Those We Leave Behind (Full length feature) 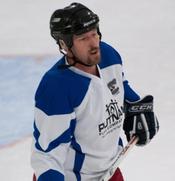 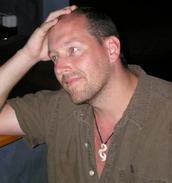 Dark Haven Productions originated in the 1980's when as a teenager I found a an old movie camera, splicer, screen and projector in my mothers basement.  I was able to find some film for the camera, and my friends and I made a silent horror movie with it. I don't recall what the camera even was, my guess would be a super 8. I graduated to large Camcorder, with which my friends and I filmed things based around stunts we wanted to do. My personal highlights were jumping from one moving car to another, getting dragged behind a truck and lots of aerobatics. I was always an avid writer and in my twenties thought we should try make a real picture. Entitled 'Hired Justice' I wrote the script, cast it, built a set for it, but became burnt out trying to get cast and crew together for shoot. Also I could never get what was in my head to film, there were a lot of technical limitations. I eventually just stuck with my writing.

Fast forward twenty or so years my friend Lincoln became involved in a local film and asked if I would want to get involved. I showed, and even if there were times I didn't make it on camera it reminded me of the passion I had for the process, and how I felt most comfortable directing .  Currently we are using a Blackmagic Production 4K camera.

Movies that inspired me: Excalibur, Remains of the Day, Age of Innocence, Blade Runner and Alien.

Those We Leave Behind (Full Length Feature Killatainment)